Two Test matches that lasted the duration of an entire Test could project a false sense of supremacy. Hammering a transitioning-for-eternity Sri Lanka is not a mirror to gloat over, or bleat in joy. The rider would always accompany this series win — that it came against a middling side that had neither planning nor purpose.

But more than any other series in recent times, India looked like a sturdy team. Since beating South Africa at home in 2019, and even during the Australia heist, layers of vulnerability had crept in. There were distractions and debates, mostly around Cheteshwar Pujara and Ajinkya Rahane, the two most experienced batsmen in the side after Virat Kohli. Their erratic form had injected a clear dilemma. Would you drop them, two fine cricketers at their prime? Or would you give them a longer rope? The dilemma became even more pronounced because it was not like they were utterly out of form; sporadically they even showed flickers of rediscovering their form. And in the middle and in the nets, they were sweating buckets to reclaim their form. Evident was a sense of empathy rather than ruthlessness.

Nonetheless, the team management had to act sternly, not only because they were denying opportunities for those waiting in the queue, but also because their own struggles were becoming stressful for the entire team. The change, then, was only inevitable, and in the context of the series it worked too. Suddenly, India seem like a team with no cracks — though it should not be misconstrued as invulnerability.

They now have a settled pair of openers in Rohit Sharma and KL Rahul, who missed the series due to an injury. Post the decline of Murali Vijay and Shikhar Dhawan, India had struggled for a stable pair, and ended up experimenting with makeshifts and stopgaps. When the openers began bonding over, the No 3 dropped out of form. But in Hanuma Vihari, they have discovered a more progressive No 3. He could not only blunt the ball like Pujara and anchor the innings but also score those runs at a brisker pace. A composed player of seam bowling and a dominant player of spin, he blends old-world resoluteness with new-age assertiveness. Though he has just a half-century in three innings to show for his mettle, he hummed the right notes, and exuded awareness and grit to equal measures. He now has bought time and opportunity to concretise his place in the side. 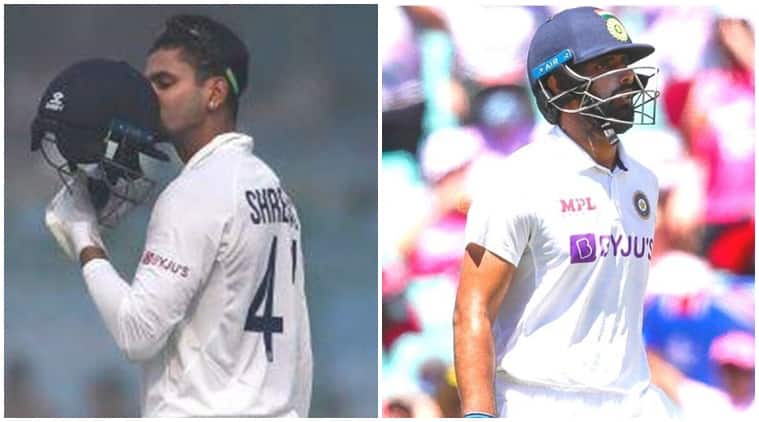 So has Shreyas Iyer. He was the most sparkling of silver-linings for India this series. A hundred on debut could not make him undroppable, but twin half-centuries in Bengaluru just might. He has burst onto the scene like the man he has displaced, Ajinkya Rahane, scoring tough vital runs in difficult situations. In every outing of his, he had to play the firefighter’s role of steadying the ship. He not only managed this, but also counter-punched and knocked his assailants over, hassle-free, stress-free, as if it had come naturally. Besides, he looks a much more assured dealer of spin bowling than Rahane had been recently. The latter’s travails against tweakers and twirlers at home are well-storied, but Iyer is a throwback to the old Bombay school of batting, with his instinct to jump out of the crease and smother spin.

The captain appraised him. “He knew he was stepping into the big shoes of guys like Rahane and Pujara, but he has everything that he requires. He will be better now when he starts travelling,” observed Rohit.

The transition, if any, doesn’t look like a transition at all. That includes the smooth passage from the Virat era to Rohit’s tenure.

There is now both steel and power to the middle order, now that Rishabh Pant too has cracked the approach he needs to embrace in Test cricket. Often, he was confused and would unnecessarily shelve his strokes, caught in an attack-or-defend confusion, and this in-betweenism was wrecking his career. There would be times when he would self-destruct, but there would be times he would win games in barely a session, a rare gift Rohit dwelled on in the post-game press conference. “There will be times when you will smash your head and say ‘why did he play that shot’ but again we need to be ready to accept that with him when he bats. And he is somebody who can change the game in 40 minutes,” Rohit said.

He has snuffed the debate around his glovework on turners as well. In both Bengaluru and Mohali, he was trustworthy, especially in dealing with uneven bounce in Bengaluru. A total of 17 byes is a harsh reflection of his assuredness. A lot of those were utterly unpreventable. Rohit quickly pointed that out. “The most significant factor of his in this series was his keeping. His keeping was the best that I have seen. He kept well when England came last year and he seems to get better every time he keeps wicket for India, so that is something that I have been very impressed with,” Rohit observed.

The continuing evolution of Ravindra Jadeja’s batsmanship empowers India with more freedom to play five bowlers. But so incisive have the bowlers been that they could play with just four on tracks where they would require an extra batsman. There is the handy part-time off-spin of Vihari as well, a luxury India seldom enjoyed for the best part of the last decade.

The replacements prospering straightaway is a sign of India’s depth too. The transitions are so frictionless that they don’t look like transitions at all. And just when you thought they are vulnerable, they have plugged those gaps as simply as ordering goods through Amazon or Flipkart. And once Kohli rekindles his century-scoring ways, the team could begin its journey to invulnerability. Two Test matches, even if they lasted the duration of an entire Test, can tell so much about a team.