Chelsea advanced into the Champions League quarter-finals with a 2-1 victory (4-1 on aggregate) over Lille following goals from Christian Pulisic and Cesar Azpilicueta.

The European champions once again put their off-field troubles aside and delivered a fine performance to overcome the Ligue 1 club.

Chelsea did fall behind during the first half when Burak Yilmaz netted from the penalty spot after Jorginho was penalised for handball, but Pulisic crucially equalised in first-half added time.

Azpilicueta then put the tie beyond doubt with less than 20 minutes to play by converting a cross from substitute Mason Mount with his knee.

Chelsea have shown no signs of being distracted by the sale of the club with this their fifth consecutive victory since Roman Abramovich announced he would be ending his ownership.

Man of the match: Cesar Azpilicueta

How Chelsea progressed into the last eight

Lille tried to start quickly but Chelsea weathered their early storm, although centre-back Andreas Christensen had to be substituted with what looked like a hamstring injury and was replaced by Trevoh Chalobah.

The hosts took their chance to get back into the game during a drab opening period. Jorginho was penalised for handball after a VAR check instructed referee Davide Massa to watch the incident on the pitchside monitor. Yilmaz powerfully side-footed the spot kick into the top-right corner to reduce the aggregate deficit to one goal.

Chelsea: Cesar Azpilicueta came back into the side after illness with Chelsea lining up in a 3-5-2 formation.

Thiago Silva returned at the back while Marcos Alonso started at left-wing back.

Lille: Renato Sanches came off injured in their previous match against St-Etienne and was replaced by Benjamin Andre.

But Chelsea kept their composure and at the end of a patient passing move, Jorginho slipped in Pulisic to slot home a crucial equaliser on the night with almost the last kick of the half.

Lille should have led the second leg once more during the second half but Xeka headed a Yilmaz cross against the post from close range.

Chelsea punished the miss when Mount got down the left side and crossed for the excellent Azpilicueta, who converted at the back post to put the tie beyond doubt.

Marcos Alonso made his 200th appearance for Chelsea tonight since signing in August 2016. 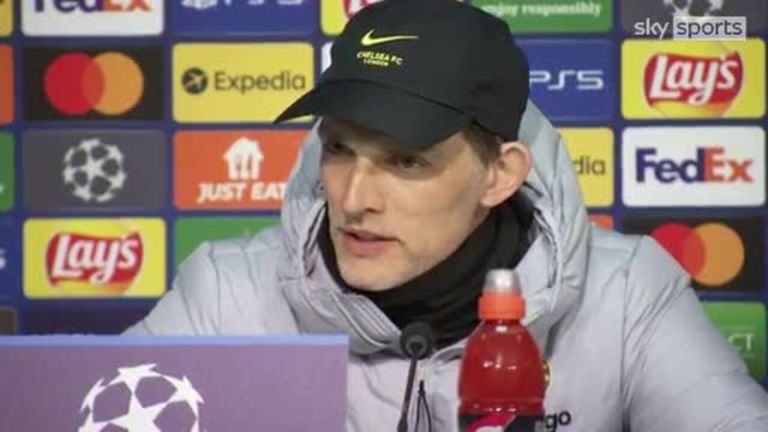 Chelsea advanced to the quarter-finals with a 2-1 victory over Lille and manager Thomas Tuchel says he’s wants to be the team ‘no one wants to face’ in the next round.

Tuchel praised his side’s focus after their latest – and best – victory amid the off-field troubles at Chelsea.

“Brilliant, brilliant and so nice so many fans are here to support the team,” he told BT Sport. “We’re in the quarter-finals, it’s a big step and we showed again resilience and mentality, and overcame difficulties. We did what was necessary, dug in and got a deserved win. It’s difficult here [at Lille], well done to the team.

“Chelsea has this kind of culture within the club and the building where we work every day. What I found from day one is this football-first mentality. Everybody pushes the first team every three days to the limit and is focused on football first.

“This is the culture and it is already installed, and this helps us now to focus when the times are difficult, distracted because it’s already there – we don’t need to install it now.

“Of course, we encourage the players and I feel a part of all of this but I’m just a part and that’s why it feels so good that we can still produce results. I’m very proud.”

When is the draw for the quarter-finals?

The Champions League quarter-final draw will take place on Friday, March 18 at 11am UK time, with the balls being drawn out at UEFA’s headquarters in Nyon, Switzerland.

The semi-finals will be drawn at the same time, meaning clubs and fans can plot out their potential route to the Paris final.

Chelsea are in FA Cup quarter-final action on Saturday evening when they travel to Middlesbrough; kick-off 5.15pm.

Their next Premier League match is not until April 2 when Thomas Tuchel’s side host Brentford; kick-off 3pm.