So it is official now, arch-rivals and neighbours India and Pakistan will face off once again at an International Cricket Council (ICC) tournament and this time in a thrilling T20 format. India-Pakistan encounters, which used to be a regular feature in the United Arab Emirates and more specifically Sharjah in the ’80s and ’90s, have become a rarity due to strained political relations between the two nations. In fact, the last India-Pakistan encounter was more than 2 years back – 2019 50-over World Cup – with Virat Kohli’s side thrashing Sarfaraz Ahmed’s boys by 89 runs (DLS method).

Fans on both sides of the border can’t keep their excitement in check with the ICC coming out with the draw for 2021 T20 World Cup on Friday (July 16). India and Pakistan will both be part of Group 2 when the tournament gets underway in Dubai and Oman in the month of October this year. Technically India are still the hosts of the World Cup but the venue was shifted from India to the United Arab Emirates due to rising COVID-19 cases in India and in anticipation of possible third wave.

Although the dates of this Group Stage encounter will be announced later, but this will be the sixth time that the two sides face off in the T20 World Cup since 2007 and Pakistan are yet to beat India in the last five occasions. It will be also be a battle between the captain of the two sides – Virat Kohli and Babar Azam – two of the current superstars in the game currently.

Pakistan captain Babar Azam is the No. 2 ranked T20 batsman currently and gave an indication of his terrific form on Friday evening, smashing 85 off just 49 balls in the first T20I against England while putting on 150 runs for the opening wicket with Mohammad Rizwan as his side posted 232/6 in 20 overs. Kohli, who has been criticized for failing to win an ICC Trophy so far in his career, is ranked fifth in the ICC T20 batsmen’s ranking.

If the T20 World Cup was not shifted out of India, this India-Pakistan encounter in all likelihood would have taken place at the Eden Gardens in Kolkata, with the Board of Control for Cricket in India (BCCI) lining up Indian Government’s permission for the same. In fact, the last time the two sides met in the T20 World Cup, it was at the iconic Eden Gardens – with Kohli smashing a match-winning 55 off 37 balls to take India to a six-wicket win in a Super 10 encounter.

India’s first-ever T20 World Cup game was also against Pakistan, way back in 2007. India were restricted to 141 and the game ended in a tie at Durban. The rules back then demanded a ‘bowl-out’ in the event of a tie with Virender Sehwag, Harbhajan Singh and Robin Uthappa hitting the timber to lift MS Dhoni’s side to a win. 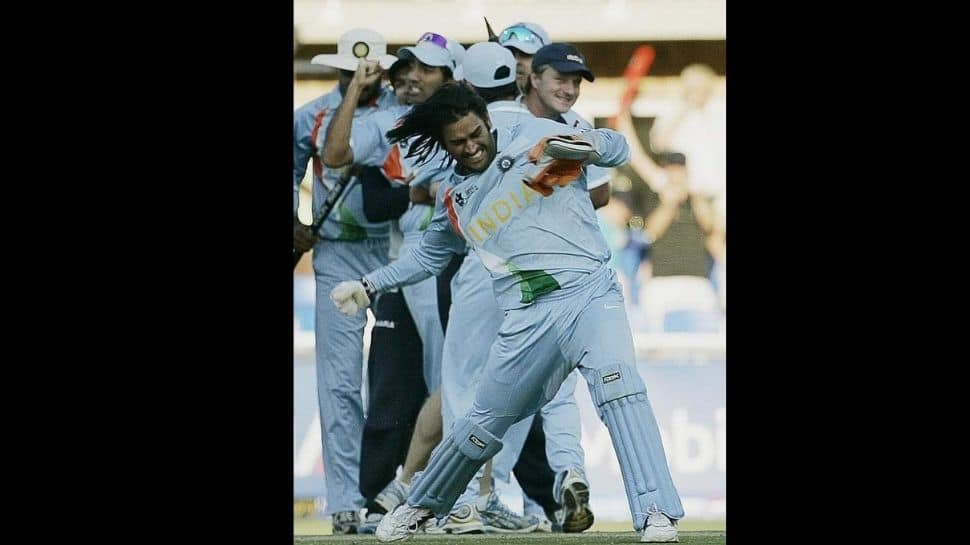 Fans did not have to wait much longer for a 2nd T20 clash between the two nations as both sides entered the final. The match remains a milestone in Indian cricket history as Dhoni’s India became world champions for the second time after 1983 after S. Sreesanth completed a catch off Joginder Sharma’s bowling to come out victors by five runs.

The next two encounters were also one-sided affairs with India coming out on top by eight wickets and seven wickets respectively in 2012 and 2014 editions. India have been unbeaten against Pakistan in 50-over and 20-over World Cup and they will be keen on maintaining this record. Indian fans might forgive Kohli for not winning the T20 World Cup but it is unlikely that the Indian skipper will be forgiven if he loses this all-important tie to his neighbours.

‘Virat Kohli vs Babar Azam’ is already a never-ending debate on the social media with Pakistan skipper’s personal achievements in ODI and T20 cricket already leaving a mark even though his side might be struggling. Babar signed off the ODI series against a second-string England with a brilliant 158 in the third ODI but Pakistan were whitewashed 3-0.

Kohli, on the other hand, struggled with the bat in both the innings in the recent World Test Championships final which India lost to New Zealand last month. But Kohli’s batting record remains incredible in all three formats of the game – where he averages over 50.

India and Kohli’s true test will be up against Pakistan once again at the 2021 T20 World Cup as the entire world eagerly awaits the date for this terrific clash.

8 Best No Crop Apps for Instagram and Whatsapp 2022: Infographic

populate product Id inside objects inside array in mongodb

How To Fix: A Firewall May Be Blocking Spotify Error • TechRT

How to Use the Negative Volume Index (NVI) Indicator – Warrior Trading