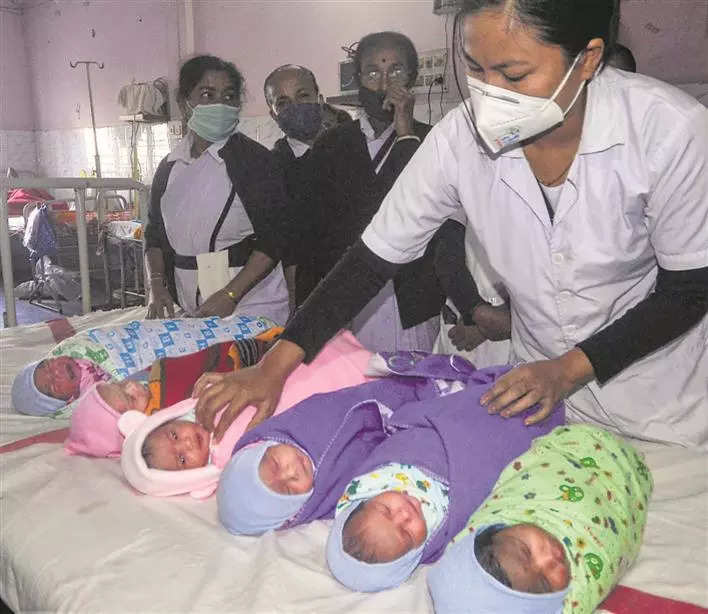 New Delhi: The Maternal Mortality Ratio (MMR) in India has improved to 103 in 2017-19, with the MMR dropping for the third year in a consecutively, country is certainly on track to achieve the Sustainable Development Goals (SDG) target of 70 per lakh live births by 2030, as per the special bulletin released on Monday by the Office of the Registrar General’s Sample Registration System (SRS).

The number of states which have achieved the SDG target has now risen from five to seven viz — Kerala , Maharashtra , Telangana, Tamil Nadu, Andhra Pradesh, Jharkhand, and Gujarat. Nine states that have achieved the target of MMR set by the NHP include the above seven states and two other states are Karnataka and Haryana.

States like West Bengal, Haryana, Uttarakhand and Chhattisgarh though shown an increase in MMR need to reappraise their strategy and intensify their efforts to accelerate the MMR decline to achieve the SDG target, the SRS report indicated.

“It is pertinent to point that strategic investments under National Health Mission (NHM) through various schemes have been consistently yielding increasing dividends. Remarkable gains have been made under Pradhan Mantri Surakshit Matritva Abhiyan and Labour Room Quality Improvement Initiative (LaQshya) in conjunction with the existing schemes like Janani Shishu Suraksha Karyakram (JSS) and Janani Suraksha Yojana (JSY),” the release stated.

Further noted that the schemes by Ministry of Women and Child Development (MoWCD) such as the Pradhan Mantri Matru Vandana Yojana (PMMVY) and poshan abhiyan target nutrition delivery for vulnerable populations, particularly pregnant and nursing women and children.‘Surakshit Matritva Aashwasan’ for the women by creating a responsive healthcare system which strives to achieve zero preventable maternal and newborn deaths helped.

The MoHFW also highlighted the usage of Maternal Perinatal Child Death Surveillance Response (MPCDSR) software in 2021 to create a one-stop integrated information platform to capture actionable data for both maternal deaths helped. Creation of a new cadre of “Nurse Practitioner in Midwifery ” under the midwifery initiative helped for a positive childbirth experience for women with respect and dignity at the midwifery care led units.