F1: McLaren Inks A Deal With Google For Android & Chrome

McLaren’s 2022 challenger, the MCL36 will sport ‘Chrome’ coloured wheels and Android branding on its engine cover as a part of their new deal with Google. 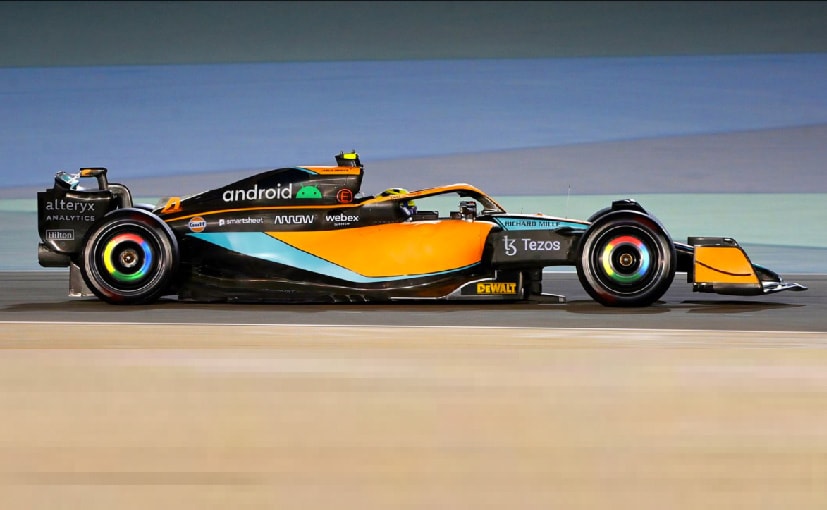 Big tech has been has entrenched in Formula One for a while now. Only a couple of weeks ago Red Bull announced its massive deal with Oracle which is worth $500 million over five years. Ferrari also partnered with Amazon Web Services last year and earlier this year announced a deal with Qualcomm Snapdragon and now it is the turn of their greatest rivals – McLaren. McLaren has chosen another Silicon Valley icon – Google.

The new MCL36 now gets Android branding and wheels that have been lined with the rainbow colours that have defined the Chrome browser and ChromeOS for more than a decade. This partnership also extends to McLaren’s Extreme E entry. In addition to this, Google has confirmed that its logo will be there on the helmets of Lando Norris and Daniel Ricciardo. Even Emma Gilmour and Tanner Frost will feature the logo of the Mountain View based search giant.

“Google is a global leader in technology and has been a ground-breaking innovator in connecting people around the world. By integrating platforms like Android and Chrome across our operations, our team will be better supported to focus on driving performance. We’re looking forward to an exciting partnership that spans across Formula 1 and Extreme E,” said McLaren in a press release.

McLaren which continues to not have a title sponsor has progressively increased the amount of brands it is associated with. This increase in sponsorship comes at a time when the team’s performance has improved a lot with it managing P3 in the constructors in 2020 and P4 in 2021 which included its first race win in nine years when Ricciardo won the race at Monza.

“McLaren Racing represents the very best of what’s possible on a racetrack across performance, inclusion and sustainability, and those are values we share at Google. We’re bringing more innovation to platforms, like Android and Chrome, and seamlessly connecting them to other Google services to optimize McLaren’s race day performance,” said Nicholas Drake, Google’s VP for marketing.

McLaren on balance was the fourth fastest car in pre season testing. However, in the Bahrain leg, the team had major braking issues with its car which may not be solved before the first race. Its lead driver Ricciardo also was diagnosed with COVID19 but thankfully he’s recovered in time for the first race of the 2022 season

One of the Last Witcher 3 Easter Eggs Has Been Found