To go with my new OM-1 Camera, I’ve bought the new OM System 40-150 f/4 PRO. I took it out for the first time in a violently windy afternoon to put it through its paces. Here’s my real-world review of this lens.

Back in the mid-1990s, I was a leader for a youth organization. In that role, I was part of a leadership team that took a party of around 25 young people to Namibia to help train new leaders there. My SLR accompanied me. Almost everyone else took a compact film camera with them. We were camping in the semidesert, so the air was constantly filled with dust. Halfway through the three-week visit, almost every one of the compact cameras had died, their motorized film winders and zoom lenses clogged with dust. But my trusty, manually wound Olympus OM-2n continued shooting throughout the entire stay. Consequently, I ended up supplying prints to all those who came away with none. Sand and dust kill cameras.

The reason I was reminded of that is that when I took my new OM-1 out for a stroll with the new OM System 40-150 f/4 PRO lens attached, there was a sandstorm on the beach. The wind was gusting at 40 mph. However, I had absolutely no qualms about using this kit because of the IP53 sealing, although I felt grit-blasted by the end of my walk.

For the last few years, I’ve been using my old Olympus 50-200 mm f/2.8-3.5 SWD Four Thirds lens for telephoto shots. I’ve always been pleased with its results. However, that old lens is big and heavy. This new OM System lens weighs in at a mere 0.841 lbs (381.4 grams). The new OM-1 and this lens together weigh less than the old lens with its MFT-3 adaptor attached. The new 40-150mm lens is certainly far smaller than any other lens of this focal range, and that makes it easier to use. Remember, this has the equivalent field of view of an 80-300 mm lens on a 35 mm camera.

I felt much more at ease with the new lens when tracking birds in flight. This was partly because it makes the camera more maneuverable, and because I keep both eyes open when shooting, spotting birds heading into the frame with my left eye. The old lens obscured a big chunk of that view. Also, the new lens focussed much more quickly.

Did the f/4 bother me? Not at all. Firstly, I usually stop down to that to get an entire subject in focus anyway. I want more than just a bird’s eye in focus. Although I want separation of the subject from the background, I like some background context in my pictures. I am not into shooting those plain blurred background catalog-type shots of birds that have become a cliché. 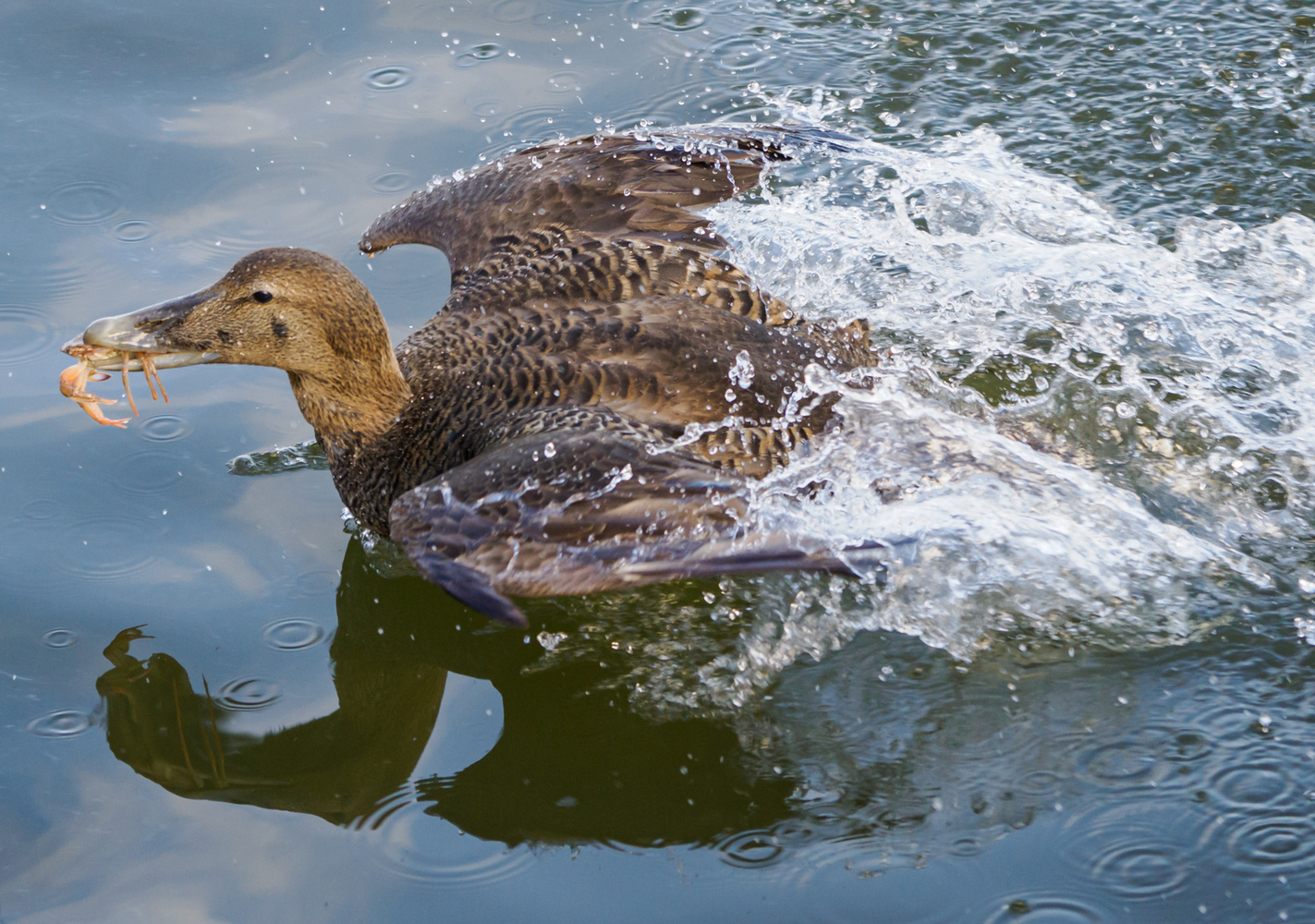 Additionally, the high ISO performance on the OM-1 is so good that I have no qualms about turning it up in low light if needed. Besides, when I am photographing wildlife, it is typically on a beach, where the light is bright anyway. Additionally, the continuous f/4 aperture throughout its entire focal length range makes it perfect for focus stacking. But, most importantly, it’s pin-sharp. I was always pleased with the results of the 50-200mm lens, but this glass is astoundingly better.

Action shot in less than half a second

This isn’t just a lens for wildlife. The focus range of 40-150mm makes it a superb walkabout lens too, and I am wondering whether I will now use it for that more than my 12-40mm f/2.8 pro lens. 40mm is what I am mostly using for documentary and portrait photography, and I have missed that extra length on occasions. Similarly, when I shoot weddings and events, this is a perfect range, allowing me to get in close to the action without stepping on toes. Its unobtrusive size makes it ideal for candid documentary-style photography. At events, I’ll probably have this lens on the OM-1 and the wider 12-40mm zoom on my E-M1 Mark II.

It feels well made. It is all-metal construction, as one would expect of a pro lens, and it’s solidly built. The lens is also balanced on my camera and even fits nicely on the much smaller E-M5 range of cameras. Furthermore, it protrudes from the front of the camera a mere 3.9 inches in storage. When you extend the lens for use, that increases in length by less than an inch, making it smaller than the “Plastic Fantastic” entry-level Olympus Zuiko 40-150mm f/4-5.6 lens. The image quality is, of course, far superior too.

OM Systems already has a pro lens at this focal length range, the M.Zuiko Digital ED 40‑150mm f/2.8 PRO. That too is excellent. It’s one stop faster, but that results in it being larger, measuring and weighing about double that of this new lens. Saying that, the f/2.8 version is still smaller than other system lenses at that focal length range and speed. These two lenses are aimed at different types of photography; the new lens better suited to those who need that portability when hillwalking, climbing, kayaking, horse riding, and carrying a camera all day, whereas the f/2.8 lens is aimed at those who want to sit in bird hides and use a tripod.

In common with most other lenses in the f/4 range, making the lens small and light means the extra features found on some other pro lenses have been omitted. The new lens isn’t compatible with either of the two teleconverters; that would have resulted in a bigger construction. Nor does it have the manual focus clutch ring. That’s a feature I like on my other pro lenses. However, as I use back-button focus and employ either single autofocus plus manual focus (S-AF [MF]) or continuous autofocus plus manual focus (C-AF [MF]), this is less important to me for this lens. Manual focus I save for landscapes and real estate, where I can take my time. Then, I will be using wider lenses, such as the Olympus M.Zuiko Digital ED 7-14mm f/2.8 PRO or their 12-40 Digital ED 12-40 f/2.8 PRO. Also, there is no function button on the lens, something else I don’t miss as the OM-1 and its OM-D E-M1 predecessors is littered with programmable buttons.

These missing niceties should not be seen as a disadvantage. The whole point of this lens is that it’s small and light, taking full advantage of the Micro Four Thirds (MFT) size. Losing these features enables that advantage.

As I mentioned, the lens is very sharp, and I can crop images of distant subjects to 100% and see plenty of detail. It’s also super-fast at locking onto the subject. I find the out-of-focus area is pleasant too. Yes, you can get a shallow depth of field out of an MFT lens at f/4! Restricted depth was easy to achieve. Yet, at the same time, one can also leave enough background detail to add context to the shot. I find that far more interesting than a plain, monotonous smudge. 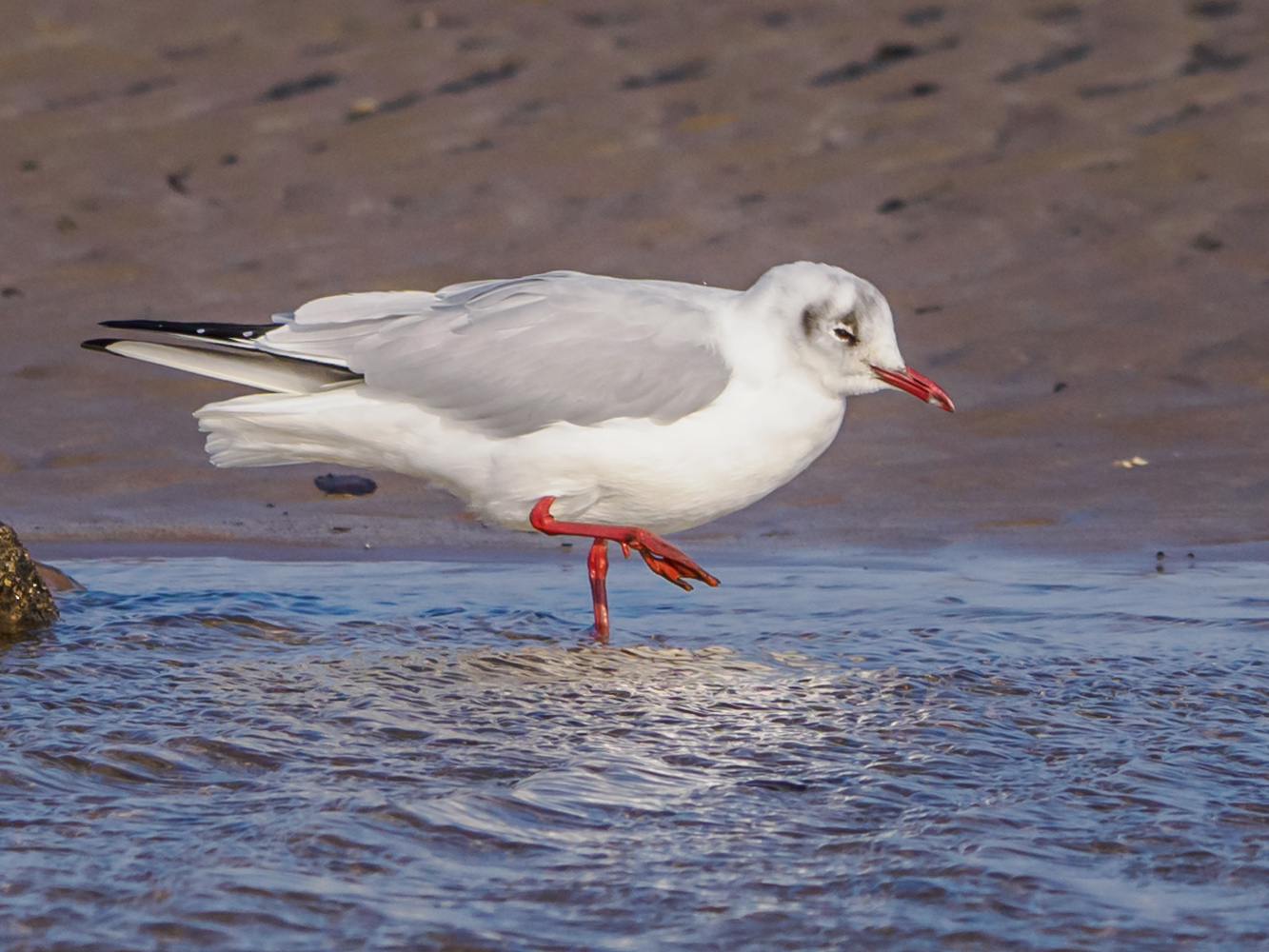 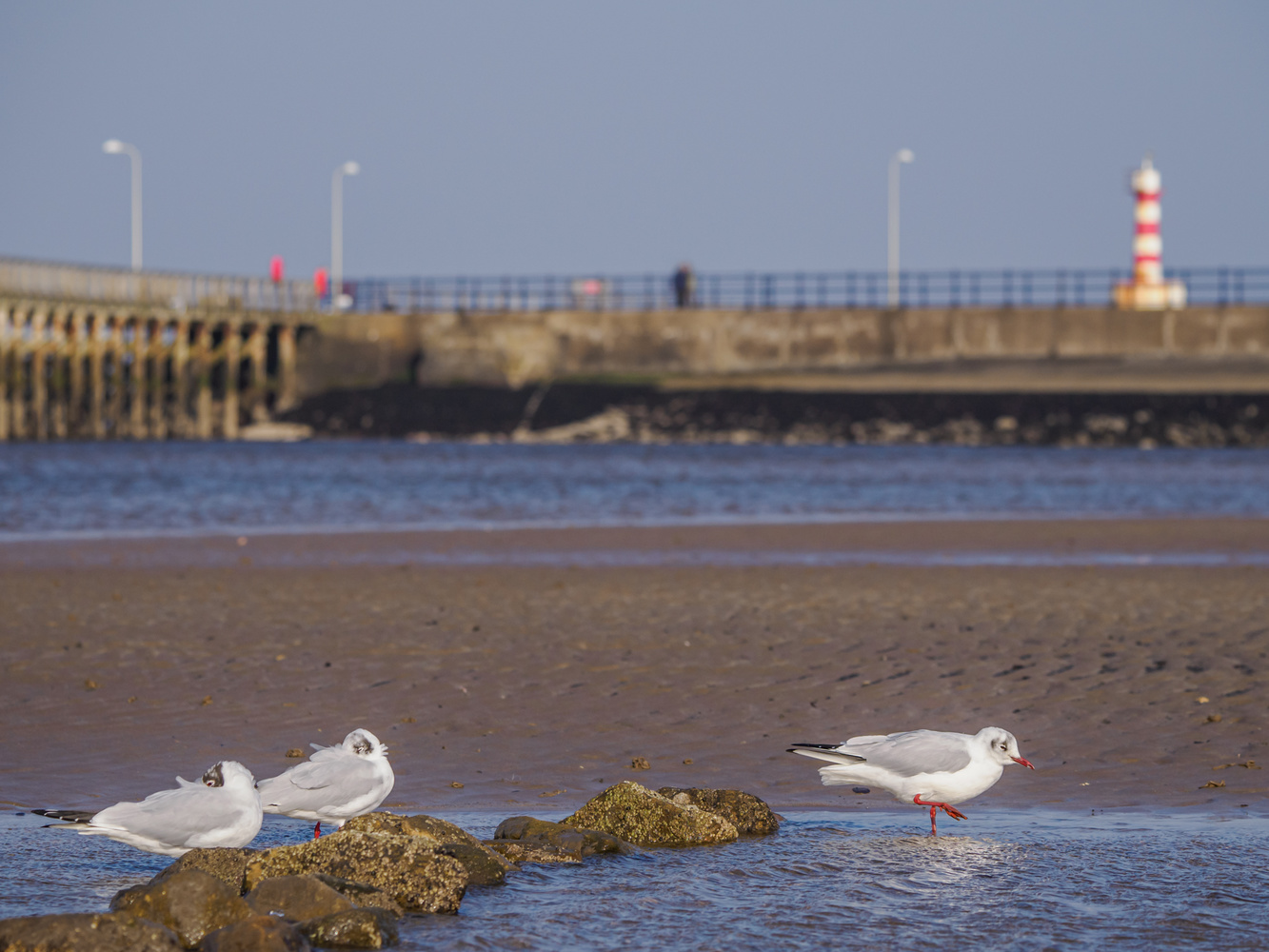 For those who are excited by technical specifications, it has 15 elements in 9 groups (2 ED lenses, 1 super ED lens, 1 HR lens, 2 aspherical lenses). The front element is coated with a new water-repellent fluorine coating that makes it much easier to remove moisture and water droplets from the lens. As I shoot on the shoreline a lot, that is a blessing.

The camera comes with a detachable lens hood and a stylish pouch, plus front and rear lens caps.

As you can see from what I have written above, I consider this to be a fabulous addition to my lens collection, and it’s attached to my OM1 much of the time now. It suits my shooting technique and photographic style and is an improvement in every area of the 50-200mm Four Thirds lens, which will be going on eBay from this weekend. Does it live up to the high standards set by the new OM-1? Definitely. I was impressed enough to buy it. 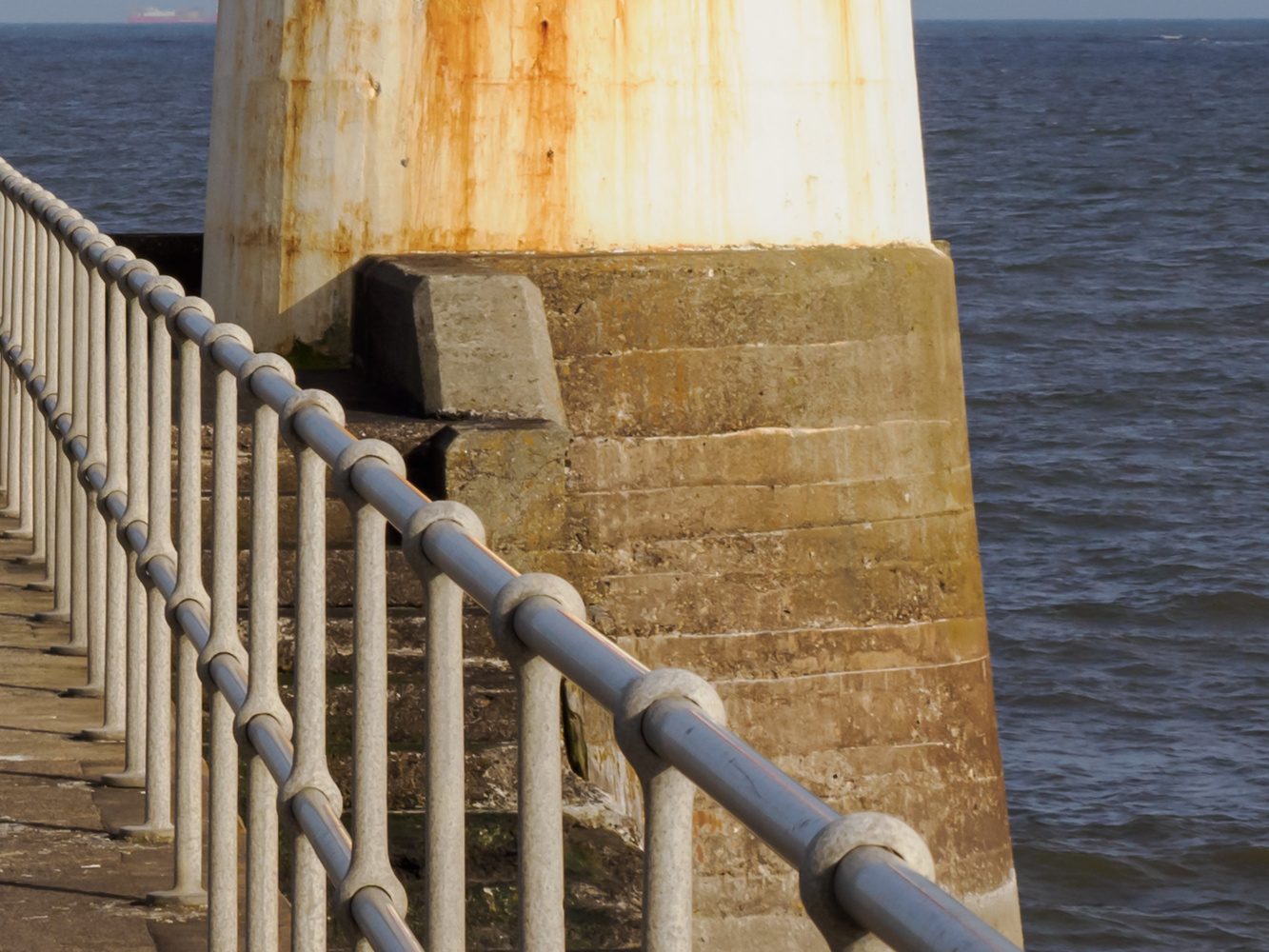 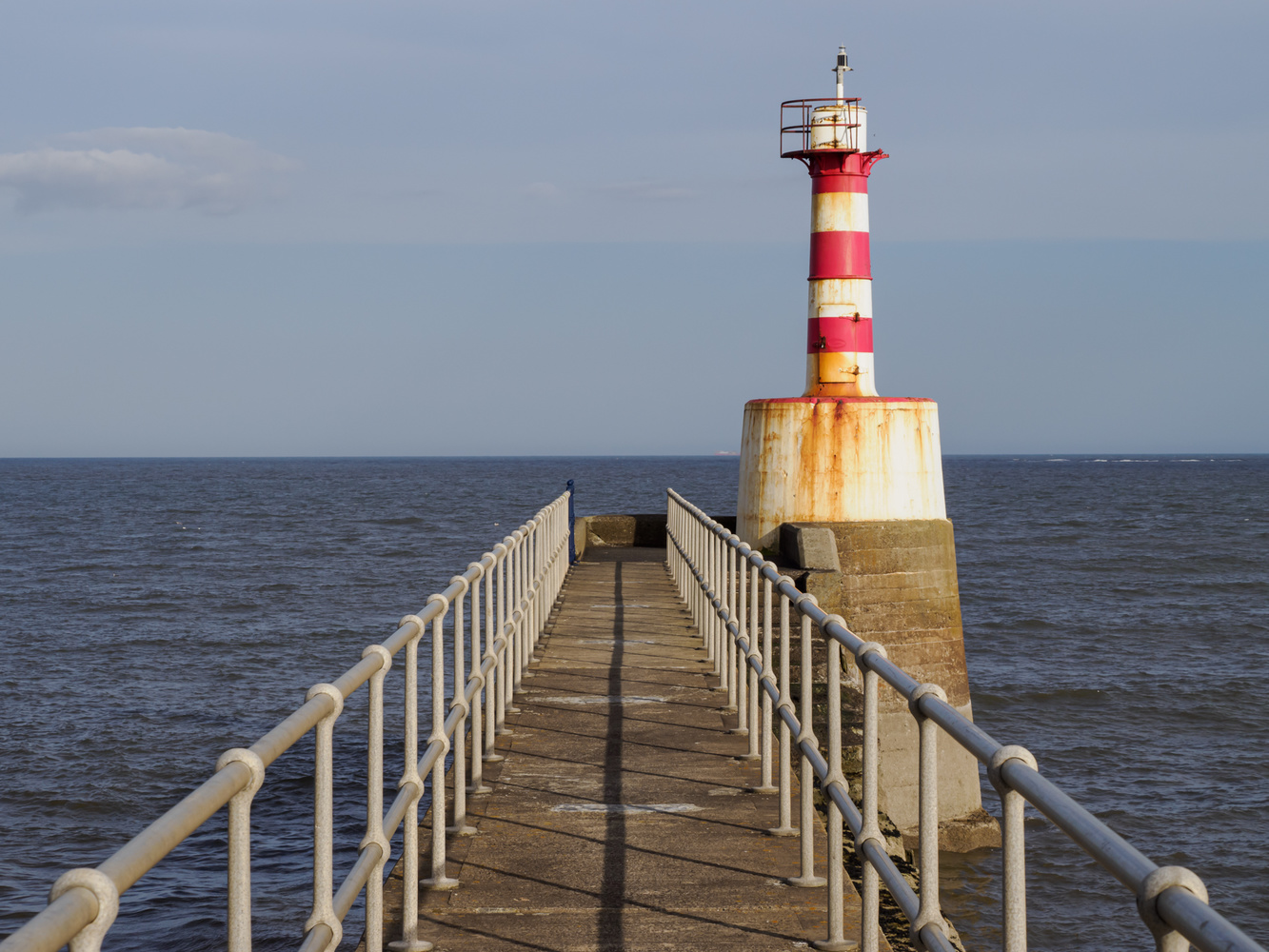 What could be improved? I am hard pushed to find any criticism of this lens. That is, apart from what I would aim at almost every other manufacturer too: its ethical credentials. Although the packaging is mostly recyclable or made from recycled materials, there is no mention of the environmental or ethical impact of the production of this individual product. That is important to me, as I know it is to most other photographers too.

Many other manufacturers try to fob us off making big noises about small token gestures they make as a company. For me, that is worse than doing nothing at all as it is selling their brand on a lie.

I want to know the positive or negative impact of the item I am buying. Has the CO2 production been offset? Is it made in a country with a good human rights record? Does a proportion of the profits go to good causes? Do they promote equality?

OM Digital Solutions is still a new company, so they haven’t had an opportunity to build up either a genuinely caring reputation or disingenuous and greenwashing one like some other brands have. Let’s hope they go one step further, and like their market-leading technology, lead the others into having authentic, ethical credentials for their products.

US Senators Introduce Bill To Ban Imports Of Russian Uranium